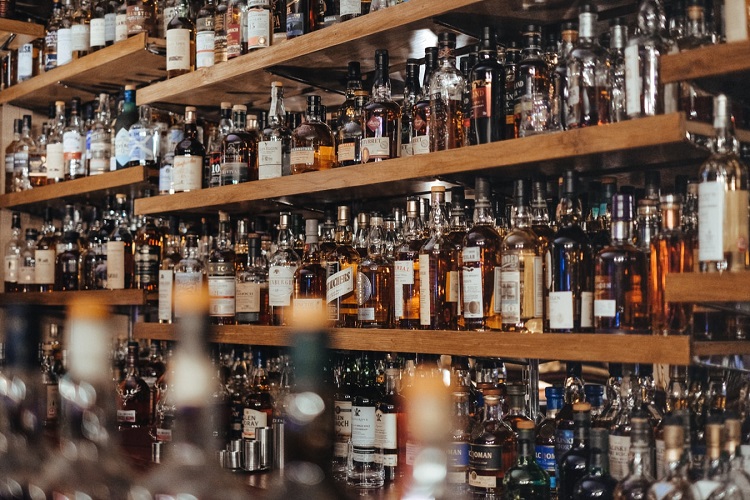 At every point in our life, we all have faced challenges that seem overwhelming and quite difficult to overcome. Challenges in life and traumas from childhood are very difficult to cope with. That is why people often run into drugs in the efforts of trying to seek solace which they often don’t end up getting. And after some time, they become addicted and end up in drug rehab centers trying to get back to their lives.

The celebrities we see out there living flashy lifestyles are no exception. In fact, they are involved in the abuse of drugs more than you can ever imagine. Over the years, some celebrities have come out in the open to share their drug rehabilitation stories and how they got involved in the first place.

To buttress that, we will be sharing the stories of 5 celebrities that have gone through such but were able to rehab programs that showed them hopes of a new beginning.

No one would have thought Ben Affleck the vibrant actor we all love to see in our home movies was involved in such an act. When he shared that he was just getting out of a drug rehab program, the news hit the world like an atomic bomb. This all happened within the period when he was finalizing his divorce with his then-wife Jennifer Garner.

According to Ben Affleck, this will be his second time of taking an alcohol rehab after the first treatment which he had back in 2001. Although, this was only just a few months ago. But Ben Affleck seems to have gotten it right this time.

Drew Barrymore who we all know with a good personality has also had her own fair share of the cake in the past. After playing predominant roles in movies like ET at age 9 and LA party at age 11, she became a star with a bright future ahead of her. But that took a turn while she was in middle school when she got herself involved in drugs. And at age 13, Drew was forced into a rehabilitation center because she could no longer control her intake of hard drugs. This took quite some time but she was able to bounce back and get back to her life. Presently, she is a mother of two with a happy family to show for that.

Unlike other movie stars who rose from grass to grace, Jamie Lee Curtis was fortunate to have come from parents who already familiar with Hollywood, Janet Leigh and Tony Curtis. In order for her to feel normal and be able to control herself, Jamie became entangled to taking pain medication that led to serious drug addiction. This was severe to the point that she had to steal painkillers from her relatives just to satisfy her urge.
But lucky for Jamie Lee Curtis, she was able to get a drug rehab program that brought her back to her normal state. Presently, she is now a mother and has seen fulfillment in publishing children’s books and acting.

4. JOHNNY DEPP- The man who loves the sea

This Pirates of the Caribbean and Tim Burton’s new Alice in Wonderland superstar is definitely a personality you should be familiar with. Johnny Depp came into the spotlight as a result of these two breathtaking movies in which he played tremendous roles. But before his rise to fame, he also had some hard times battling with drug addiction.
In the late 90’s Depp was more famous with his frivolous partying lifestyle. His then-girlfriend  Kate Moss shared a part in this story and they both will be pictured together in party scenes in both Los Angeles and New York City high on cocaine. But after that time which was in the 20’s, he was able to get himself in a drug rehab center and came back to shape.

Presently been the highest-paid actor in Hollywood, saying that Robert Downey, JR. was once involved in taking cocaine, excess alcohol, and heroin might be unbelievable. But the truth is, it hasn’t always been too rosy for this superstar either. There was even a time he got arrested and fined for overspending under the influence of alcohol and drugs. Fortunately for this superhero, he was able to turn the tables around and change his fate. Robert Downey, JR. is now completely free from drugs and excessive intake of alcohol.

Top Things To Remember Before Planning A Wedding Of Your Dreams

How to protect your home from Robberies?

Author Sean SK KleinPosted on October 16, 2019April 4, 2020
Moving to a new home, or starting a family means that you have to think about home security. There are a lot of things...
Read More

Author Jessica Marie LovellPosted on October 27, 2019April 4, 2020
The wedding is the most important day for any new bride and celebrities are not excluded. We all want to wear the best wedding...
Read More

Female Celebrities Who Share Their Secrets To Gorgeous And Flawless Skin

Author Jessica Marie LovellPosted on December 3, 2019April 4, 2020
Celebrities’ lifestyle comes with its glitz and glamour and most definitely the beauty. But in one way or another, these beautiful ladies seem to...
Read More

These celebs have a serious crush on collecting cars

Author Jessica Marie LovellPosted on January 7, 2020April 4, 2020
We like to collect because we love to possess the things which we adore the most.  Amongst various patterns of human life, the collection...
Read More