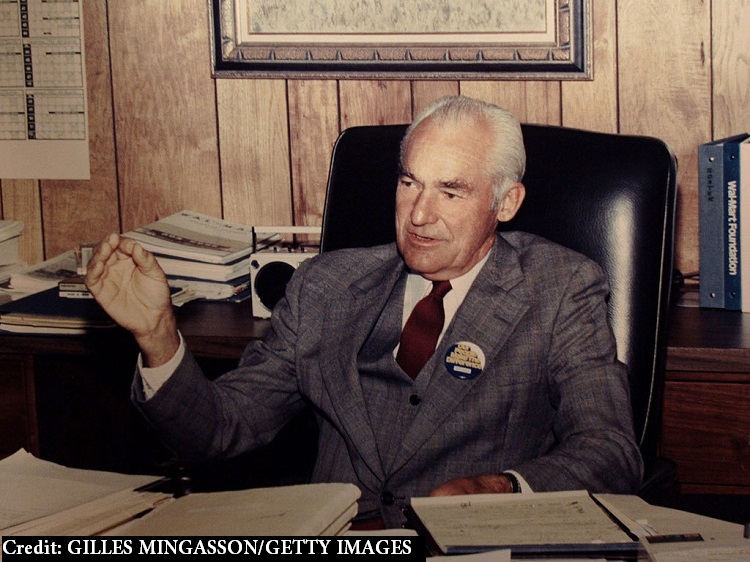 We always hear about entrepreneurs that start from a high point. They use endeavors from previous businesses to invest in a new venture. But have you ever wondered how some people start from scratch and then go onto bigger things?

Most entrepreneurs that you will come across work on the principle of financing their decisions which are ultimately based on pre-existing capital. In this way, everything is easier for such people because they already have something to bank on.

Besides startups, many people also come up with new business ideas through transformations. They take over any business that may be a decade or so older. Once they start working on it, they mostly have to adhere to old policies to yield results.

Contrary to this, some entrepreneurs get onto the track without any prior capital or funding. Sometimes you might even notice that they do not have a sound educational background.

Despite every initial setback, these people work against the odds, which is what truly makes their stories so inspiring. We will be talking about some of these people, so you also get a chance to learn about them.

You might know Steve Jobs or Bill Gates, but John Paul isn’t a name that you might have heard so often. He has achieved a lot of success in the field of entrepreneurship that if may not surpass surely do parallel that of Gates and Jobs.

DeJoria started his venture as a newspaper courier. Simultaneously he was also working as a janitor and the in-charge of tow truck driver. His part-time jobs helped him to strive and live his life.

Later, DeJoria started working at a company that would sell hair care products. While working here, he met Paul Mitchell.

Taking a loan of only $700, Mitchell and DeJoria started a venture that gradually turned into a major brand. The brand was called John Paul Mitchell Systems.

DeJoria’s current worth is $3.1 billion. After John Paul Mitchell Systems, DeJoria also co-founded Patron Spirits. Along with this, he is also a co-founder of the House of Blue chain.

Have you ever come across people criticizing Walmart for underpaying its employee? If you take a closer look at this situation, it’s quite ironic.

Sam Walton, the founder of Walmart, started with nothing when he first opened his general store in 1945. His father-in-law gave him a loan of $25,000 for kick-starting his purchase. Fortunately, his startup reached success quickly in the retail industry.

Following the success of his retail sales, Walton opened the first official Walmart in 1962. The location of this store was in Rogers, Ark.

Later on, in 1976, Walton’s worth has skyrocketed to $176 million. A soaring worth put him as the contender for the wealthiest man in the United States at one point.

There is one app on our phone, which we all love to use. In fact, for a lot of us, this app is the main source of sending messages that are professional and private both. Yes, you guessed it right! We are talking about Whatsapp.

Jan Koum, who is the founder of Whatsapp, was born in a small town outside Kyiv, Ukraine. Their area was relatively poor than the rest of the region. Thanks to his Jewish roots Koum’s family moved to US, California in 1992.

As a young child, computers and everything related to it really intrigued Koum. Therefore, in his free time, he started to learn more and more about computers.

As he turned 18, he possessed some impeccable skills when it came to computers. In 1997, Yahoo! took him on board where he was given the position of an infrastructure engineer.

It wasn’t until 2009 that he got the idea to launch his own app. He had long seen the potential of an app in the industry. So he knew it was time to let his creativity flow.

By 2014, Whatsapp had gained a lot of popularity. Koum’s app was now a must-have on everyone’s smartphones. Following its huge user-base, Facebook bought Whatsapp for a total of $19 billion.

TOP TIPS ON MORTGAGE FROM EXPERTS

Divorce lawyers, that represent the rich and famous: What's so special in them?

These Celebrities came from nothing! Now they have it all!

Author Jessica Marie LovellPosted on October 17, 2019April 4, 2020
Starting with a poor background doesn’t have to be a destiny for anyone and these celebs prove it to anyone who doubts it. Applying...
Read More

Famous People That Rose From ‘Rags’ to ‘Riches’

Author Jessica Marie LovellPosted on December 1, 2019April 4, 2020
Just because you were born poor doesn’t mean that you are destined to be poor for the rest of your life. A lot of...
Read More

TOP TIPS ON MORTGAGE FROM EXPERTS

Author Sean SK KleinPosted on November 26, 2019April 4, 2020
Mortgage is quite different from other loan types, and obtaining one can be a very challenging and stressful process. However, you can always check...
Read More

Safety tips to follow before setting out for hiking

Author Sean SK KleinPosted on November 26, 2019April 4, 2020
Hiking is a great way to reconnect with mother nature, but it is also essential to take necessary safety precautions so that you can...
Read More

Author Jessica Marie LovellPosted on November 30, 2019April 4, 2020
Ever felt the scales always tipping up under you? Weight gain is not an uncommon phenomenon, and almost everyone faces it at one time...
Read More

Author Jessica Marie LovellPosted on December 3, 2019April 4, 2020
At every point in our life, we all have faced challenges that seem overwhelming and quite difficult to overcome. Challenges in life and traumas...
Read More